Together with its client Amway -the giant of international direct sales- Remor designed a display that can offer a concrete example of the functioning of Sky Atmosphere, a device that filters and cleans the air in the house.

Starting from a cylinder in transparent plex topped by a dome, a “room” was created to house Sky Atmosphere, which is attached to a base with a removable drawer containing a fog generator. A foot switch controls the output of the fog/smoke by activating the device that purifies the air in short time. A tool useful to the sales force, and now on display in Amway showrooms of major european cities. Each display has been entirely designed by Remor with its flight case on wheels for better transport. 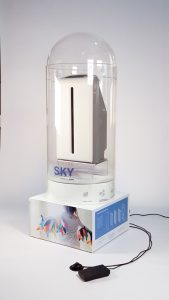 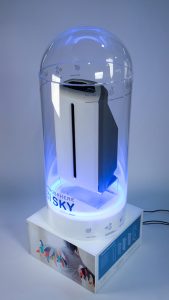 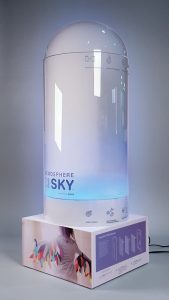